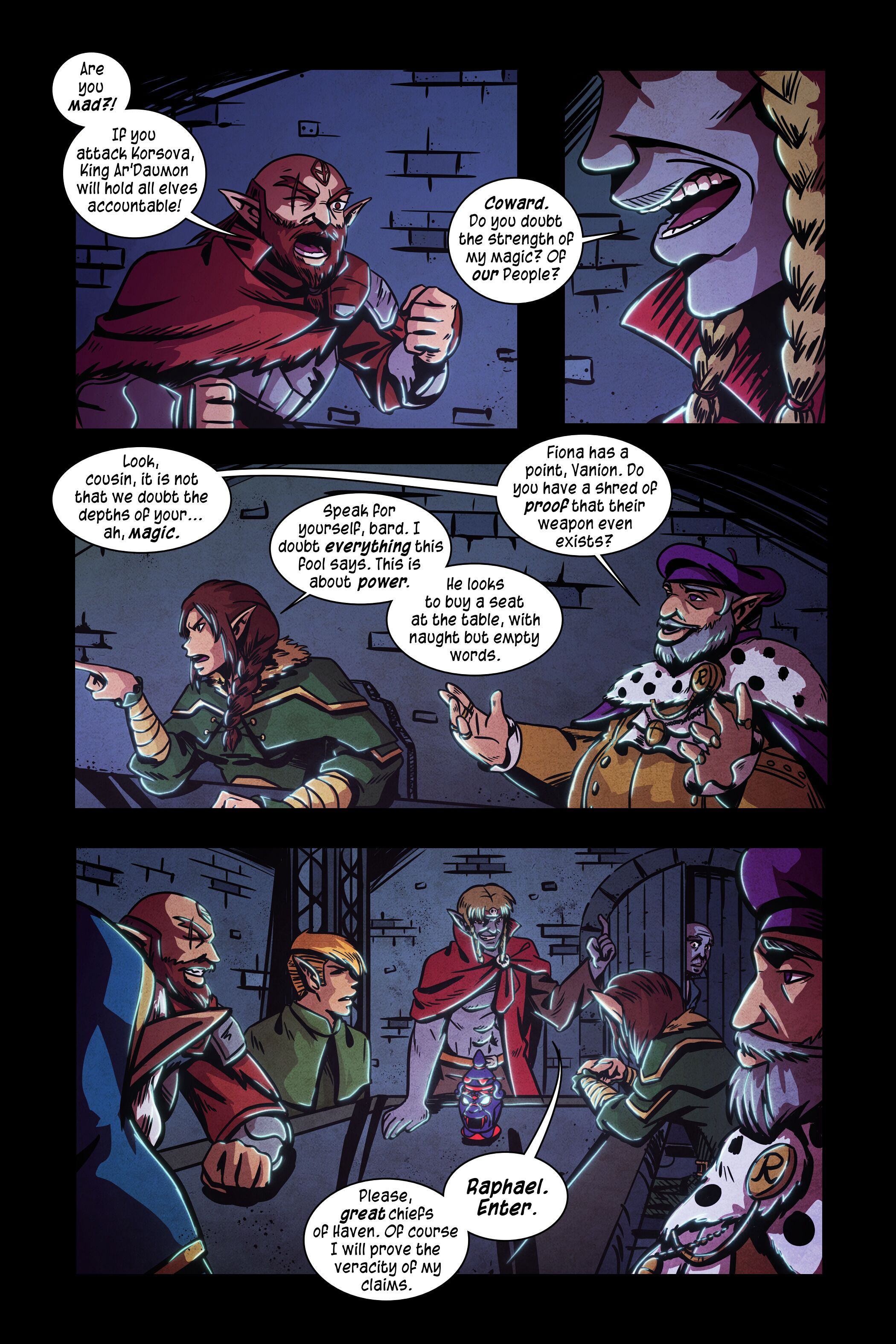 When I write characters, I start much the same way I would if I were playing a character (whether on stage or in an RPG). I define their perspectives on the world around them, their goals, how much they need those goals. From there, I go back and define their personal history, and work my way back to the present: their goals, their needs, their perspectives — and finally, their relationships to other characters. It’s one of the most fun parts of my process as a creator.

And that’s why I love writing scenes like this, even if they are partly expository. Each character’s the hero of their own story, and the more specific I can make their actions and perspectives, the more dynamic a scene like this is. This page exists to tell the reader that an attack on Korsova could mean the humans declare war on all elves in retaliation, to suggest that Vanion’s as power-hungry as he is a would-be freedom-fighter, to suggest that he believes he can prove his claims of a human weapon of mass destruction … but that’s all information dumping if I can’t find a way to frame it through the characters’ perspectives, their voices, their own goals, obstacles and quirks.

Hopefully it’s something that I pull off and all of the characters seem distinct, with hints and hooks for the reader. I at least try, and have a blast doing it. 🙂  And that’s my bit of a rant on writing scenes like this. Thanks for reading!