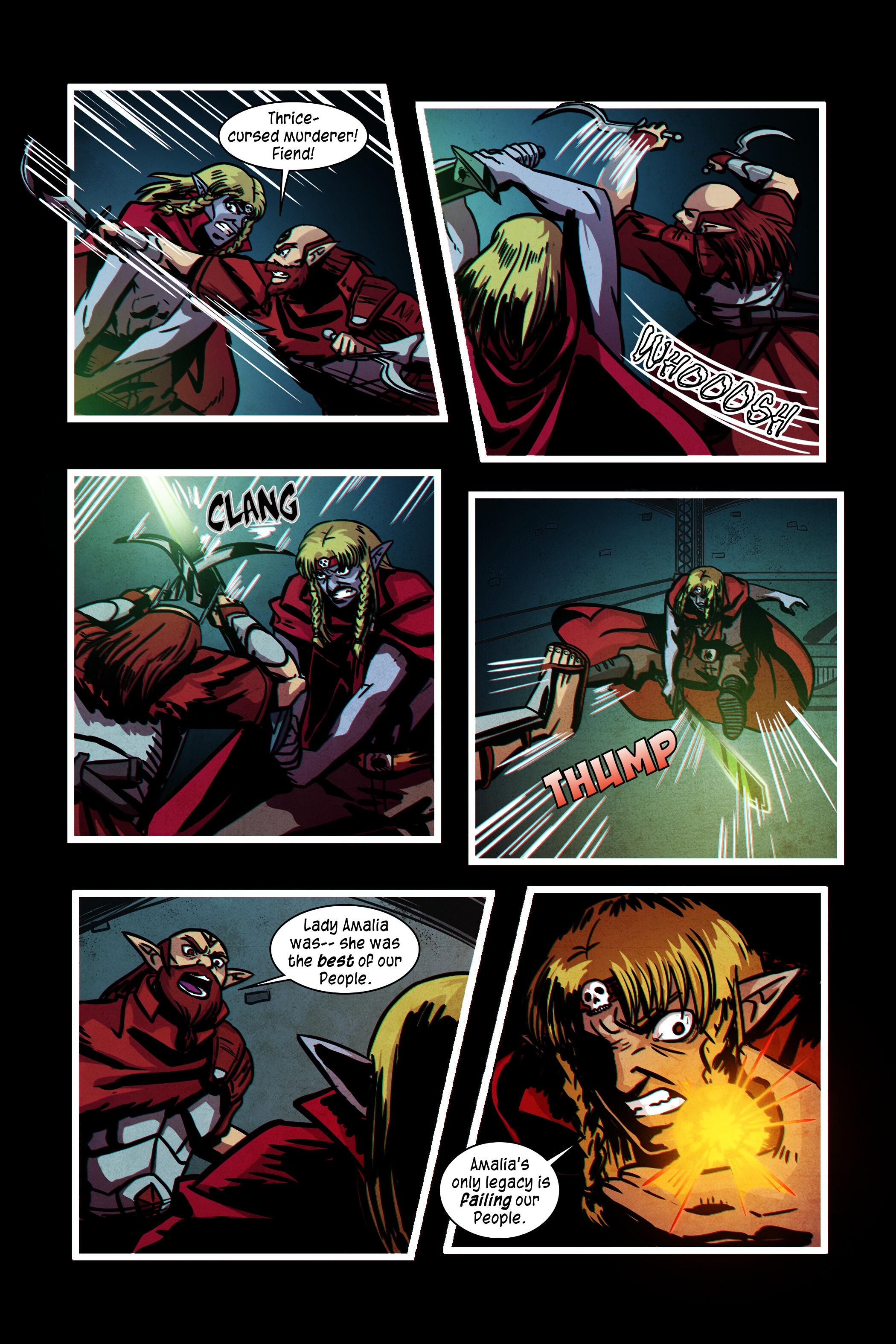 Lord Gunnar started his life as a young, but ambitious elvish rogue and thief. It wasn’t until the invasion of the humans, their genocide against the elves, and the extinction of the warrior clan Drake-Tooth that Gunnar formed a new clan of warriors, the Fire-Eyes. A century later, he is still the leader of the Fire-Eyes and their Knights, Haven’s most powerful protectors. He’s softened in his old age, weary from war and seeing so many defeats at the hands of the humans over his life-time … but he’s still got a certain fierceness inside of him. He’s definitely not a push-over.

If you’re interested in the elvish clans, I started this chapter with a brief write-up of them, which you can read here! Also, if you haven’t seen it before (or in a while), check out the great map of Alvaheim too. 🙂